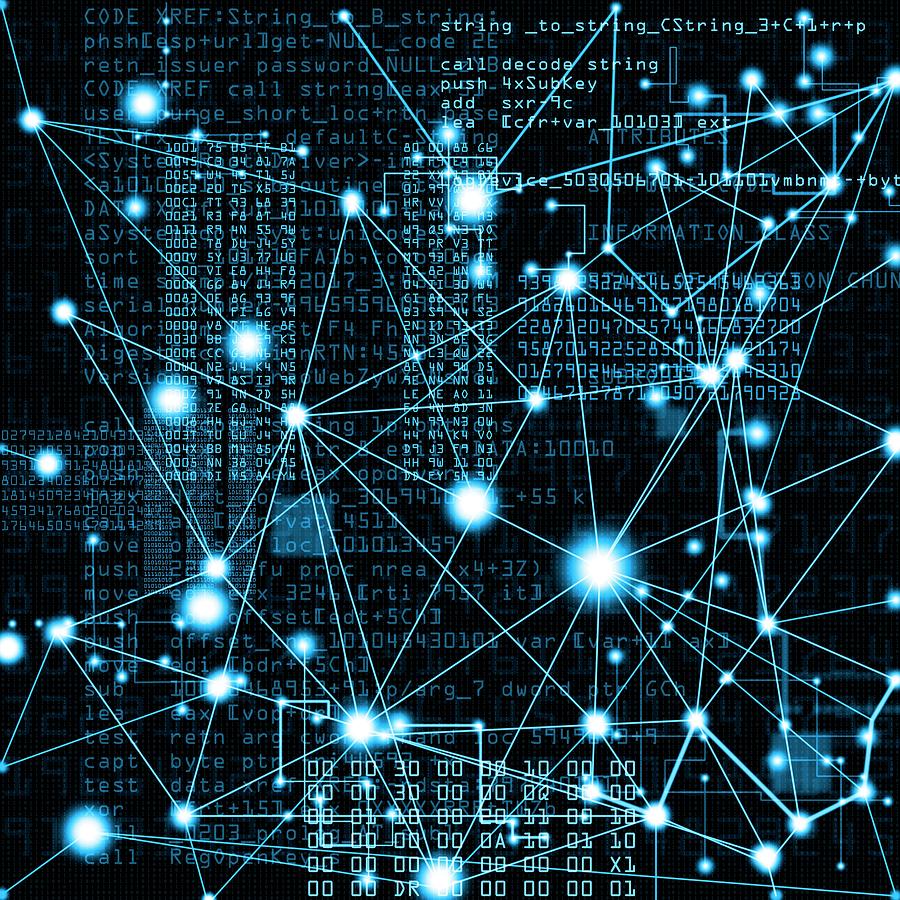 To Use Real Names or Not…

I will always talk about real parts of my life here. Nothing is invented and everything is as accurate as my memory can recall with no intentional embellishment. However in most cases I will usually either leave out names, or use fake names where the writing would be better served using a name. Similarly I also won’t use overly targeted personal descriptions in most cases, except where it would be nearly impossible to avoid doing so. My desire is that readers won’t be able to easily look up most people I may talk about, but if those individuals read this they will probably immediately know I am referring to them.

At times though I may use real names for people who truly impacted my life in a profound and defining way. This is one of those times.

I have always been deeply rooted in computers. Maybe we’ll cover a more in-depth history in a future entry, but for now just know that I have been programming computers since my grandma bought a Commodore Vic-20 in the early 80s. (1981? I believe I was six years old) Computer programming and hardware would remain a hobby of mine for the rest of my life.

Of course I didn’t know that at the time, not did I even think about it. As a hobby, it was something my mom had been aware of and often saved what little money we had to buy us inexpensive or second hand computers. We attract what we put our energy into, so it really turned out to be no surprise that most of our friends had similar interests in computers and especially access to the earliest versions on the Internet (through FTP, telnet, gopher, and remote BSD or System V logins). Mostly Internet and BBS use was a way to download pictures, play early online games, or keep up with USENET (possibly the earliest social media).

One such friends was John. John I feel was the geekiest of all of us. He had dreams of creating his own game, and spent much of the time we spent together maintain his own network, remote access, and persistent connectivity. Now we are talking early 90s here. A few years before the Internet as we know it started to taking shape and certainly nothing like most could even imagine. Pre-web. Literally. As we’re hanging out at his house on no particular day he logs into one of his servers… What is this??? A System V-style login on a computer in his bedroom? My eyes glazed over. This was the coolest thing I had ever seen. I began to ask more and more questions. I couldn’t get enough. I was introduced to Linux for the very first time (circa ’94).

Now this wasn’t the Linux of today with its fancy installers, Live disc images, highly-robust out of the box component setup and even tons of games. This was obtuse text prompts to install from 26 floppy disks that had to be dowloaded over FTP. Each disk took ~16 minutes to download. Installing from CDs did not exist at the time. Not only would it have taken 125 hours to download a CD image, but CD burners at the time cost thousands of dollars. Even worse, had you dove hours into the install only to find that one of your floppy disk images was corrupt. FML indeed.

Still, astonished by John’s Unix setup at home and determined to create my own, I installed Linux for the very first time in 1994. It had a mail server, ftp server, and even a terminal server that you could remotely dial up with a modem and login to. It was GLORIOUS.

Years went by. I had become proficient in most systems administration and network engineering. I put Fall River Manufacturing on the Internet with an email server, a web server and website, and the entire front office with an early Netscape beta and access to the web and email. Unfortunately by ’96 I had a falling out with someone in management (who I learned from sources blacklisted me through bad references) and left professional IT for a couple of years, though it still remained my primary hobby. Even as a hobby I received a number of early certifications and kept myself on the bleeding edge.

Then out of nowhere one day John calls me up and asks if I’m looking for a job. His dad was a professor at Mount Mary College (now University) and was friends with the Director of IT. They were having considerable trouble filling their system administrator position, which John felt it was worth asking if I was interested. One catch; they were running a network operating system called Netware. I definitely wasn’t going to let the complete lack of experience in the primary requirements for a position stop me from applying! So I sent in my resume, lied a little bit about my Novell experience, went out that weekend and bought a book on how to get Netware certified, and prior to my actual interview (and a mere 1 week after I had learned was Netware was) I was a Certified Netware Administrator.

The interview could not have gone better. It was followed up by a second interview with the VP and my first day was a week or so later.

Steve Jobs said in his 2007 Stanford commencement speech, “You can’t connect the dots looking forward; you can only connect them looking backwards. So you have to trust that the dots will somehow connect in your future.” I never thought of my grandma’s Commodore Vic-20 as a dot. Or my mom feeding our enthusiasm for computers as a dot. Or my close friend John’s inspiration or integral jump start into the industry. There are many more such dots along the way, too many to list here, but they never look like dots.

When I heard Jobs’ speech for the first time and started connecting my own dots, I was immediately overwhelmed with gratitude. To think of all of the people in my life who had appeared at the right place and the right time. To start me on a path that led to a career that literally did not exist when the path started. Those are some serious dots. My own interest in something, not because it was a good career or I could make money, but because it was curious and endlessly fascinating.

“You can’t connect the dots looking forward; you can only connect them looking backwards. So you have to trust that the dots will somehow connect in your future.”

Connecting the dots is about recognizing the people, the serendipity, the luck and the hard lessons that got us to where we are. Many of us like to reflect on and talk about the hard work we’ve put in, but it’s the dots outside of our control that got us here. The hard work always follows opportunity, not the other way around. Connecting the dots, as Jobs’ said, reminds us to constantly show gratitude and compassion for the people and past opportunities in our lives. Doing so is how we keep future ones coming.

John did go on to create his game, and over 25 years after he first dreamed it and more than 15 years after it first launched, it’s still running and still inspiring people to play and dream.

Thank you John. You are without a doubt two of the biggest dots on my path to where I am today, and I can’t imagine the number of people beyond just myself who you’ve touched over the years and gone on to their own great things. I promise your impact has been felt by everyone in my life, the countless people you’ve touched and influenced over the years, not to mention the hundreds of thousands who play VO. I’d like to believe the impact you’ve made on all of our lives has subsequently allowed each of us to become dots for others. Now that is a hell of a legacy.