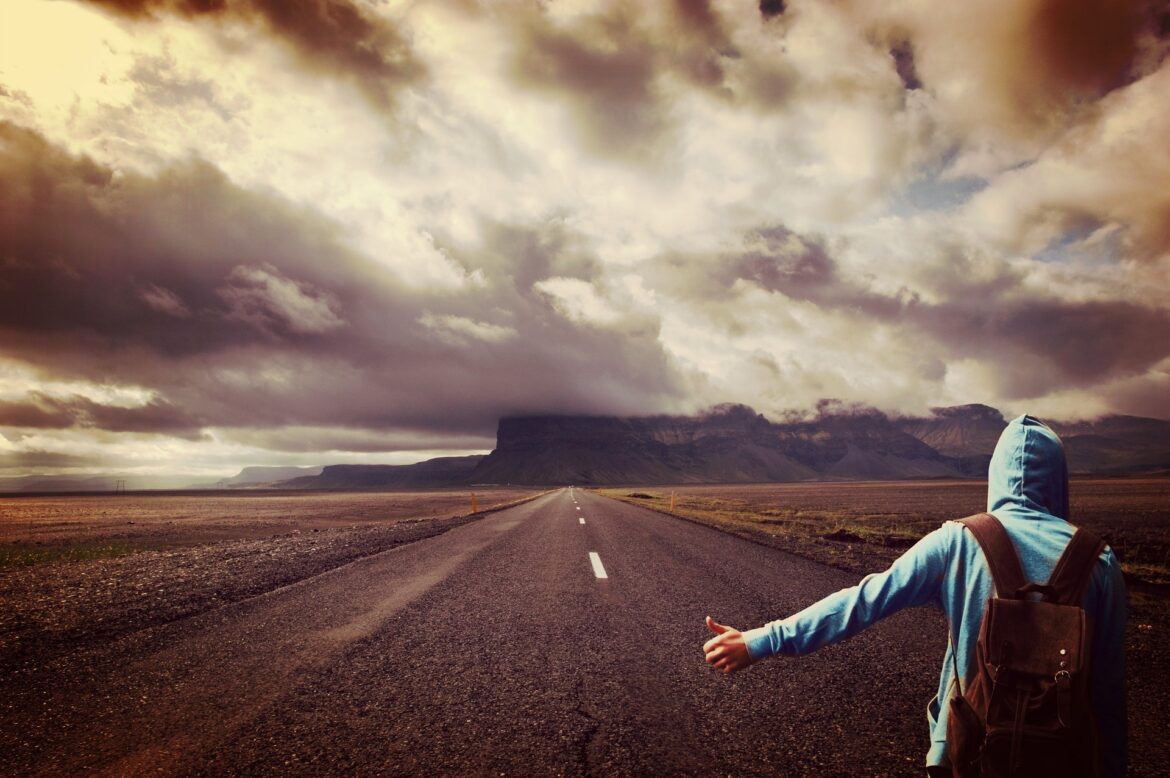 That Time I Hitchhiked

We’re told from the very time we start going to places on our own, that is without our parents accompanying us, “Don’t hitchhike!!” It’s funny how this only really became a thing with the invention of the automobile and road infrastructure. Still, we all grew up with stories of abductions. For me it was Adam Walsh. Millennials had Amber., and so on.

I was over at where my girlfriend was staying a few miles or so straight down the road from my mom’s house. This was about the mid-point in our relationship, most importantly around the time that I finally felt bad about frightening my mom by never coming home and being out of communication for days or even weeks (for reference I was 16 at the time). So around 1am I decided it was time to head home, giving my mom the peace of mind in seeing me in bed before she headed off to work. One issue: the buses in Milwaukee had definitely stopped running by then. Still, being the good son that I was and wanting her to know I was safe, I began my walk home

[Checking Apple Maps, it would seem it was around a 3 mile walk which is roughly an hour walk.]

Maybe no more than 10 minutes on my walk a car pulled up alongside the road and rolled their window down. “Where are you headed?” A simple enough question, so I responded just as simply with “Home.” “Where is home?” he then asked. “Just down the street just before North Ave.” I explained. “I’m heading down 60th Street. If you want to hop in I can drop you off.”

The most remarkable part about this exchange was how utterly unremarkable it was. In fact in years since, I’ve often had the exact same thought as I see people, men and women, walking down the street either late at night, in bad weather, etc. I mean how much of a samaritan would I be if I offered them a ride!? Thinking about nothing more than an hour long walk at 1am turning into a 7 minute car ride I got in the car.

Now remember I just said a 7 minute ride, and at 1am. So most lights we encountered were flashing yellow, and we made pretty good time down 60th Street. Not really much time to talk beyond small talk about the weather, the lateness of the night, or some such. Honestly I don’t remember any of it. That is until we drove past Center Street. It was at this point I let him know “Ok, I’m just past Wright Street. Just four houses past on my side.” Two blocks advance notice. As we passed Wright Street I pointed out “Ok, right here.” The problem was the car didn’t stop. It didn’t even slow down.

Well shit… it’s a little too late for that now isn’t it!

What came next was very simple. “You passed it. Pull over and I’ll just get out here.” He falsely tried to reassure me “It’s fine, I’ll just drive around the block.” “Stop and unlock the door. Now.” I said… actually calmly. I wasn’t scared even now. “Don’t worry. It’s fine.” he said again with false reassurance.

“I’ll fucking kill you here in the car.” These weren’t his words. They were mine. The car stopped. I got out.

I was never scared. I was never worried. In fact this isn’t bravado or machismo, but just recollection from the event. I don’t even know why I wasn’t scared. It was the early 90s. He could have had a gun or other weapon. He could have maced me in the face. I mean he could have just shot his right fist over and clocked me in the face thrusting my head against the window. So when I say I wasn’t scared, believe me when I say it wasn’t brashness. To this day I don’t know why.

Of course when my own daughter was old enough to head out on her own, I told her this story. In fact she was the only person I had told up to the point, and may to this day still be the only person I’d ever told until now. My message was simple, and ironically the same message that had been delivered to me over and over and over again when I was her age. “Don’t hitchhike!” I like to think that, fortunately(?) it’s a much different situation for her than me, but the most shocking thing about me remembering back to it was that it was in no way shape or form a different situation for her than me. I was every bit in danger as she would be. My family would have been every bit as affected by the tragedy as I would have been with her. Our genders play such a infinitesimal role in what could happen.

“…it was in no way shape or form a different situation for her than me.”

Still, she has reassured me that she has never, and would never. I like to believe it’s because of my cautionary tale, but the truth is she is really just smarter than her dad. I’m good with either of those truths.