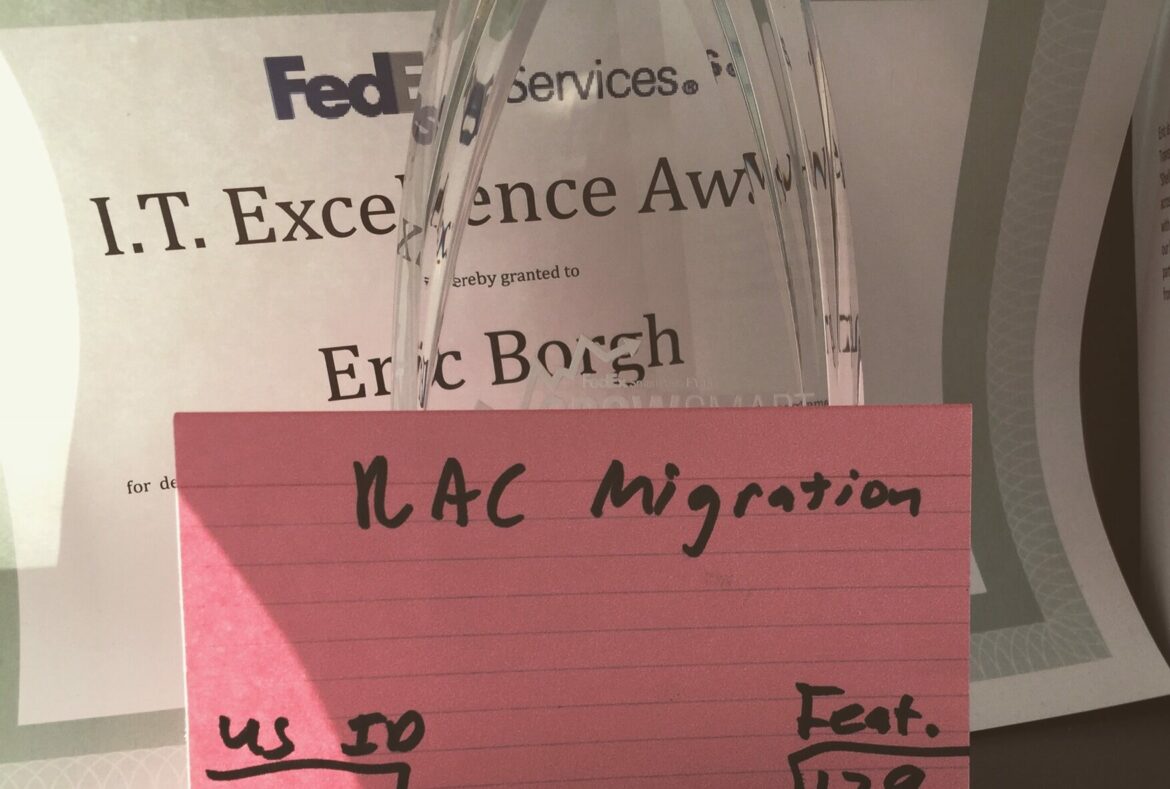 A peculiar study in work ethic

I was recently at a fast food counter when something peculiar happened. The service was what one might expect the worst case to be at fast food. The few people that were there (thanks COVID) were off to the side of the registers talking. One person was moving back and forth between finished orders and the drive thru window. I wouldn’t just say I was observing only a lack or urgency, but a lack of any sort of care whatsoever on doing their jobs.

Now this isn’t going to be a rant, don’t worry. Not even a tiny one. The peculiar thought that came across my mind wasn’t of the workers at all, but how when I was in a similar position at a couple different points in my early life, I always worked the job with intention and even striving to be better each time I worked it.

My earliest memory of this was working at the KFC location on 68th and North. Getting the job was a guaranty. My sister worked there, and was very close friends with the assistant manager and her daughter. Still, opportunity is opportunity no matter how easily it may come and is always worth being appreciative of. When I put on my uniform and paper hat ready for a day of cooking chicken, I immediately became aware of one thing. Everyone in the back cared about doing the job. This doesn’t relate to any sort of “back in my day!!”. In fact I know at other location, other restaurants, etc there was the same apathy and indifference that we often see when beginning to feel frustrated or annoyed at a restaurant. However at this location in particular, everyone was there to do a job, and do it well and on time. If one cared about fitting in, that was how you were going to do so.

“I am Superman right now!”

And doing so was no small feat. You had Mother’s Day. NFL play offs. Super Bowl. In fact the first and third of those were essentially considered peak days/holidays where typically no one was allowed to be off. No matter how busy it grew, everyone, myself included, maintained that same desire to do the job and execute it to the peak of their abilities. A curious phenomenon occurred. The busier it got, the harder we worked, the further we pushed ourselves, the more we accomplished, and it would even cross your mind “I am Superman right now! WHOA!!!” The realization was that going above and beyond wasn’t about the job. It wasn’t about praise. It was about my own growth and holding myself to my own standards. Maybe this job wasn’t “deserving” of my best, but I was ALWAYS deserving of it.

This lesson stuck with me through every job I’d eventually pass through. Whether it was at a grocery store, a comic book shop, machining or IT. No matter the level of perceived importance or respect of the position. No matter my feelings on management or co-workers. Certainly no matter the level of pay. If I took the position, I owed it to myself to do the best work I was capable of. No, scratch that. To do better than I believed myself capable of. This is the foundation of growth, pure and simple.

Back to the fast food counter. Eventually someone glanced over, saw me, and walked over seemingly annoyed. As if I was ruining how they were choosing to spend their time while at work. My thought had two choices at this moment I feel. One was to be equally annoyed, and certainly that would have been easy or even expected. Instead, we go back to that peculiar thing happened. I experienced gratitude for when I held that job, and how I approached it. Gratitude that I’ve been able to experience for over 30 years what that employee was still waiting to find. A continual sense of wanting to be better than I already am, in all aspects of life. I don’t feel it’s particularly rare. In fact anyone is capable of it, and almost certainly many already apply it without thinking about or acknowledging it.

And to that annoyed employee, I hope they find it. To clock out for the night, having spent your time at work annoyed and cynical, leaves you even more drained than just the effort of doing the work. But to clock out feeling accomplished that you are better than when you clocked in, and that you did beyond what you thought was your best in every interaction and task of the day…

That’s how leaders are born.

A Complicated History With Religion

That Time I Hitchhiked

All he ever wanted

When Darth Vader saved the day…